Construction of the Estate

Lougheed House is one of the only surviving examples of a grand sandstone prairie mansion. Originally built in 1891 by James and Isabella Lougheed, it was enlarged in 1907 to accommodate their growing family and staff. At the time of construction, Lougheed House was outfitted with all the modern conveniences including central heating, hot and cold water, indoor plumbing, and electrical lighting. Designed by architect James R. Bowes in the Victorian eclectic style, it combines aspects of several distinct styles varying from Queen Anne Revival to French chateau architecture. When it was built, it would have appeared quite striking on the bald prairie landscape with its rough sandstone exterior, asymmetrical construction, irregular roofline, corner octagonal and rectangular towers, stained glass windows, and dome. The impressive scale and the high quality of the design, materials, and interior furnishings which included Spanish mahogany and faux marble reflected the wealth, prestige, and social position of the Lougheeds. 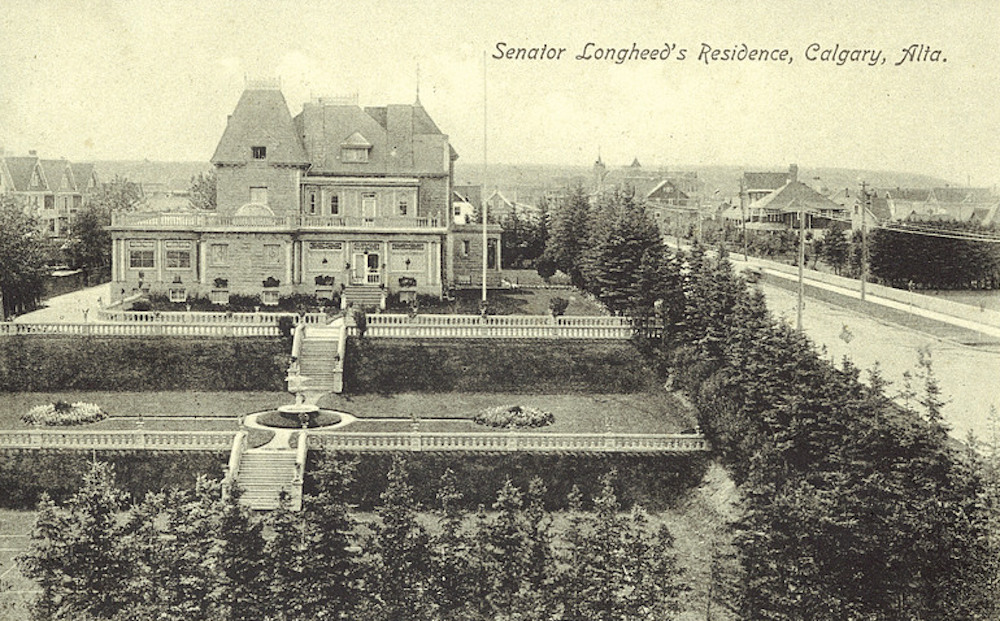 Upon completion of the mansion, Isabella named the estate Beaulieu, which means “beautiful place” in French. An article in the Calgary Daily Herald (contemporary reference 19 Jun 2008) claimed it was “one of the finest residences in the Canadian northwest”. At the turn of the century, when the population of this pioneer city was just 4,000, the Lougheeds were among Calgary’s most influential citizens and they would remain so for decades. Their home became a political and social hub for the young and fast-growing prairie centre.

The House was outfitted with electricity and hot and cold running water from the start, one of the first houses in Calgary to have these amenities. These conveniences were considered a luxury of the wealthy and were shown off to demonstrate affluence, which is part of the reason why the pipes are exposed on several floors (i.e. ballroom, 2nd floor). You can see the wiring and plumbing on the second floor in the ‘windows to the past.’ Senator Sir James Alexander Lougheed was a prominent lawyer, senator, and businessman. James Lougheed was born in Brampton, Ontario (then Canada West) on September 1, 1854. He attended the University of Toronto, studied law at Osgoode Hall Law School, becoming a solicitor in 1881. In 1882, James moved with his brother Samuel to Winnipeg and then on to Medicine Hat, following the newly laid Canadian Pacific Railway main line. One year later, when the train was extended to Calgary, he moved there, then at the end of the CPR line. He was the first lawyer in the fast-growing town and set up a law practice with Peter McCarthy. He later partnered with R.B. Bennett, who would go on to be the Canadian Prime Minister from 1930-1935.

James also had an interest in real estate. Upon his arrival in Calgary, he purchased land surrounding the future site of the CPR station. He built several office buildings including the Clarence and Norman blocks on Stephen Avenue, Alexander Corner, the Lougheed Building, and more. The Lougheed Building houses the Sherman Grand Theatre, which was founded by the Lougheeds. He also owned several theatres and commercial buildings, and at one point due to these vast real estate holdings, James Lougheed was said to be paying half the taxes in Calgary.

In 1889, he was appointed Senator after his uncle-in-law, Senator Richard Hardisty, died unexpectedly in a buggy accident. He served in various roles including as Conservative Leader in the Senate, Minister of Soldiers’ Civil Re-establishment, and Minister of the Interior. James Lougheed was knighted by King George V in 1916 for his work with what is now Veterans Affairs. He was the youngest Senator to have been appointed at the time and remains the only Albertan to be knighted. At the time of his death in 1925, he was Leader of the Opposition in the Senate and held an estate estimated at 1.5 million dollars, roughly 20 million dollars in today’s currency. Lady Isabella “Belle” Clark Lougheed was known for her skill at hosting, her love of the arts, and her community-building efforts. She was born in 1861 in Fort Resolution on the southern shore of Great Slave Lake into a prominent Hudson’s Bay Company family, which included her uncles Lord Strathcona also known as Donald Alexander Smith, and Richard Hardisty, the first Senator for District of Alberta. Both of her parents, William Lucas Hardisty and Mary Ann Allen, were Métis. She was well-educated for her time and studied in both St. Andrew’s, Manitoba and Hamilton, Ontario. James and Isabella married in Calgary on September 16, 1884. Belle was a proponent of the City Beautiful movement, which swept the west in the late 1800s and early 1900s and led to her naming the estate “Beaulieu” in 1891. She was known as the ‘Hostess of the New West’ entertaining royalty, dignitaries, and people of import. She was also a
founding member of many societies including the Local Council of Women, Victorian Order of Nurses, and Women’s Pioneer Association. She died in 1936.

Edgar Donald Lougheed and Edna Alexandria Bauld were the parents of Edgar Peter Lougheed (b. 26 July 1928, d.13 Sept. 2012), former Premier of Alberta (tenth Premier of Alberta from 1971 to 1985 as a Progressive Conservative), and the grandson of Lady Isabella and Sir James Lougheed. Though he never lived in Lougheed House, he visited his grandmother as a boy and had many memories of spending time with her in the House and gardens. 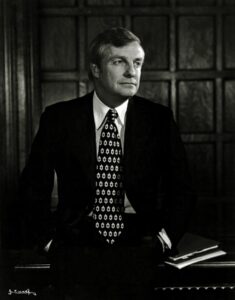 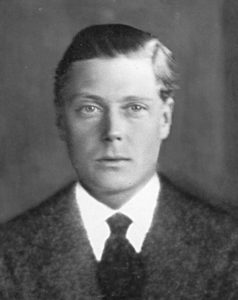 Lord and Lady Byng May 1922 (Credit: The Canadian Encyclopedia) Lobby of The Grand Theatre

James Lougheed was appointed to the Canadian Senate in 1889 and worked to grant provincial status to Alberta in 1905. Following the Conservative victory in 1911, he held several key portfolios. He was knighted in 1916 for his role in establishing hospitals and services for Canadian veterans after World War I. Successful in business and property development, Sir James also supported the arts, building Calgary’s Lyric and Grand theatres.

The End of an Era

During the Great Depression, the family struggled to find renters or buyers for their downtown real estate. Unable to pay the taxes on their properties, they were forced to make the decision between their downtown properties and the Lougheed House estate. They chose the former. In 1934, the City of Calgary took legal title to the estate for non-payment of taxes, one of the many mansions that it acquired during that period. Due to her social standing and as a testament to her role in the community, Isabella was permitted to remain in residence at ‘the Big House’ until her death in 1936. A public auction in 1938 saw the contents of the House distributed cheaply and widely. Some of the items have now been returned to the House, for example, most of the furniture in Lady Lougheed’s bedroom, but many original furnishings remain missing. Now under public ownership, in 1939, the House was made available to the Dominion-Provincial Youth Employment Training Program. This national program sought to give education and training to men and women who were previously unable to obtain suitable work-related education due to the Depression. Almost eighty young women lived at Lougheed House learning home nursing and housekeeping skills during the program’s residency.

During the Second World War, Lougheed House served as barracks for the Canadian Women’s Army Corps (CWAC). This non-combatant section of the Canadian Military was a milestone for women serving their country as it was the first time could serve in the military, albeit as non-combatants. Women lived at the House and worked in the military base offices and stores, performed clerical tasks, and drove military vehicles.

Later in the war, the Canadian Red Cross Society established a blood donor clinic in the basement to help the war effort. When the war ended, the House became a dormitory for returning servicewomen until they could find other housing or could return to their pre-war homes. In 1947, the Red Cross rented and eventually purchased Lougheed House as their Calgary and southern Alberta headquarters. The house became known as Red Cross House and many Calgarians recall giving blood there up until the 1970s. The Province of Alberta designated Lougheed House a Provincial Historic Resource in 1977. By 1978, the Red Cross had outgrown the site and moved to a building at the west end of the 13th Avenue SW block. Later in 1978, as part of a trade with the Red Cross, the provincial government took official ownership of the House and the west gardens. A caretaker was hired to oversee the security of the site, but only basic maintenance funds were provided after 1978.

In 1988, members of the community were discouraged by the condition of the House and grounds, so along with the Historical Society of Alberta they researched the possibility of restoring Lougheed House. The province approved its plan and created a provincial advisory board. In 1993, the City of Calgary purchased the original formal garden and pasture (bordering 6th Street SW), and the entire historic estate property was back in public ownership.

During the 1990s, the Historical Society of Alberta continued to raise donations and public awareness about the site and its potential, creating the Lougheed House Conservation Society in January 1995. Since then, the Society has spearheaded the project to restore, preserve, and operate the Lougheed estate as a Public Heritage Centre on behalf of the provincial government. decade of dedication and hard work, the House was faithfully restored to its Victorian and Edwardian splendor. Its heritage value upon registration is described here:

“Beaulieu is a fine example of a home designed in an eclectic Victorian style to accommodate the lifestyle and aspirations of an upper-middle class Prairie family, that of the Honourable James Alexander Lougheed and his wife, Isabella Clark Hardisty. Set within spacious, landscaped grounds, the house illustrates the then-fashionable robust, eclectic taste in design. Use of the finest materials and craftsmanship ensured that Beaulieu was both a comfortable family home and a glamorous stage for gatherings of Calgary's elite. As a rare survivor of this type of mansion in the West, Beaulieu is a landmark on the Calgary landscape.”

Restoration of the entire estate (House and gardens) took eight years at a cost of $12 million. The gardens were restored first and reopened to the public in 1999. Lougheed House was formally opened May 2005, during Alberta’s centennial celebrations, as a Public Heritage Centre. In addition to the restoration of the grounds and gardens, three of the four floors in the House were returned to their previous splendor and are available for public visitation. The top floor is closed to the public primarily due to the staircase, which does not meet modern safety regulations or fire codes. However, every September during Doors Open YYC behind the scenes tours of our third floor and archives are offered.

Calgary’s population is over one million and Lougheed House proudly stands on its original 2.8-acre estate, on the edge of modern downtown Calgary in the Beltline community, a witness to over 125 years of Calgary’s history.

The House is a provincially accredited museum through the Alberta Museums Association’s (AMA) Recognized Museum Program (RMP). The historic gardens on the estate contain heritage plants and have been beautifully recreated with an aura of historical accuracy. Photo by Chris Stutz of www.PrepTours.ca

Today, Lougheed House is yours to discover, enjoy, and create lasting memories.